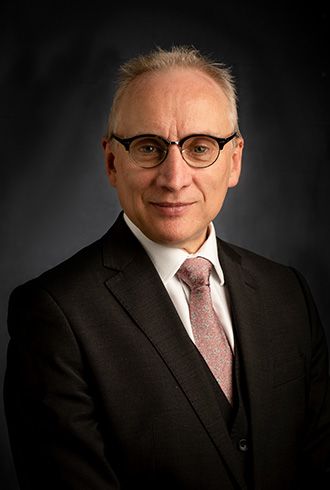 James worked briefly as a graduate law clerk before being appointed Associate to his Honour Justice Brian Cox of the Supreme Court of South Australia.  In 1987 and 1988 James lived in London, working as a para-legal, first for a magic circle firm near St Paul’s cathedral and then at a boutique specialist professional indemnity insurance firm in Covent Garden.

In 1988, James returned to Adelaide to join a long-established Adelaide firm of commercial barristers and solicitors.  James became partner in 1996.  In 2019, James joined a global law firm as senior partner upon the establishment of that firm’s Adelaide office.

James has experience in all aspects of commercial litigation with an emphasis on contracts, insolvency and disputes involving land.  James has frequently appeared as counsel.   James has conducted trials in the Magistrates Court and the District Court.  James has presented argument in the Supreme Court on interlocutory, special statutory jurisdiction and appellate matters and in the Federal Circuit Court and the Federal Court on interlocutory and special statutory jurisdiction matters.  In 2021, James commenced practice as a barrister at the South Australian independent bar.

James is a member of the Council of the Law Society of South Australia and of the Society’s Professional Standards Committee.  James is on the board of a not for profit investment fund manager.